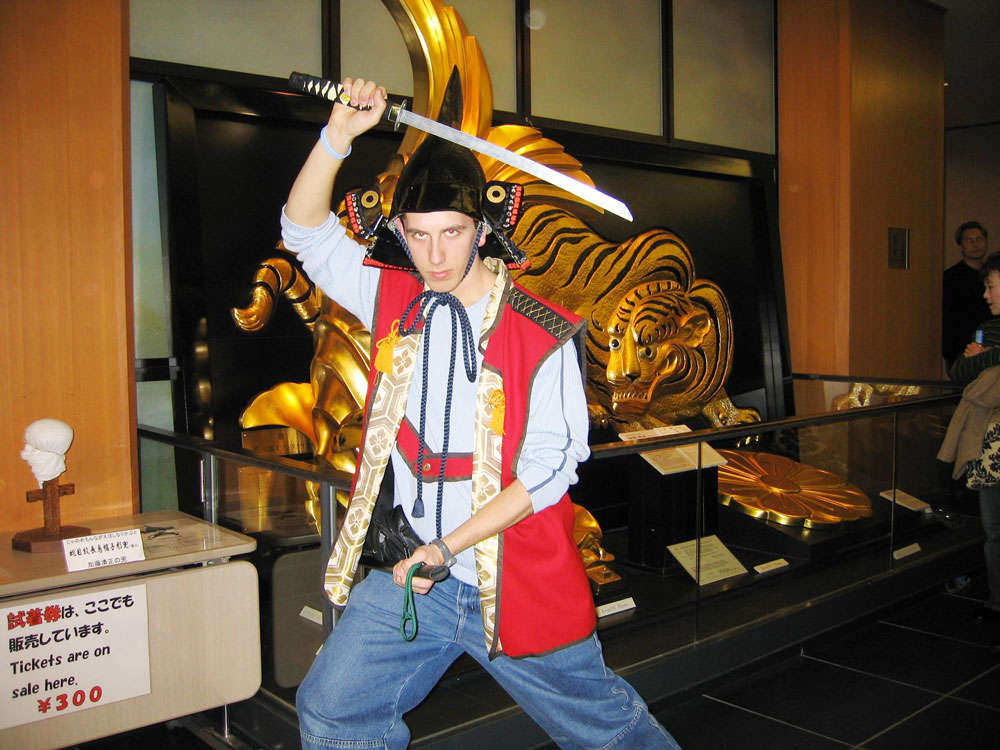 The first thing that comes to mind is Minoh Falls, just outside Osaka. I have vivid memories of that hike, and specifically there being signs warning about monkeys in the trees. I don't know why I didn't associate Japan with wild monkeys - that was never communicated out West. I also remember eating fried maple leaves, which is something that we don't even do here in Canada, the home of the maple leaf! They are innovating on Canada's foliage.

It was a four-hour hike and the payoff was definitely worth it, the falls were really beautiful. The monkeys were comfortable enough with people to not stay too far away. There was one that was drinking a milkshake that had been discarded on the ground. There was another one that decided he wanted my lunch, and I got the general sense from people around me that I was in danger, so I surrendered my sandwich. It made for a memorable experience. 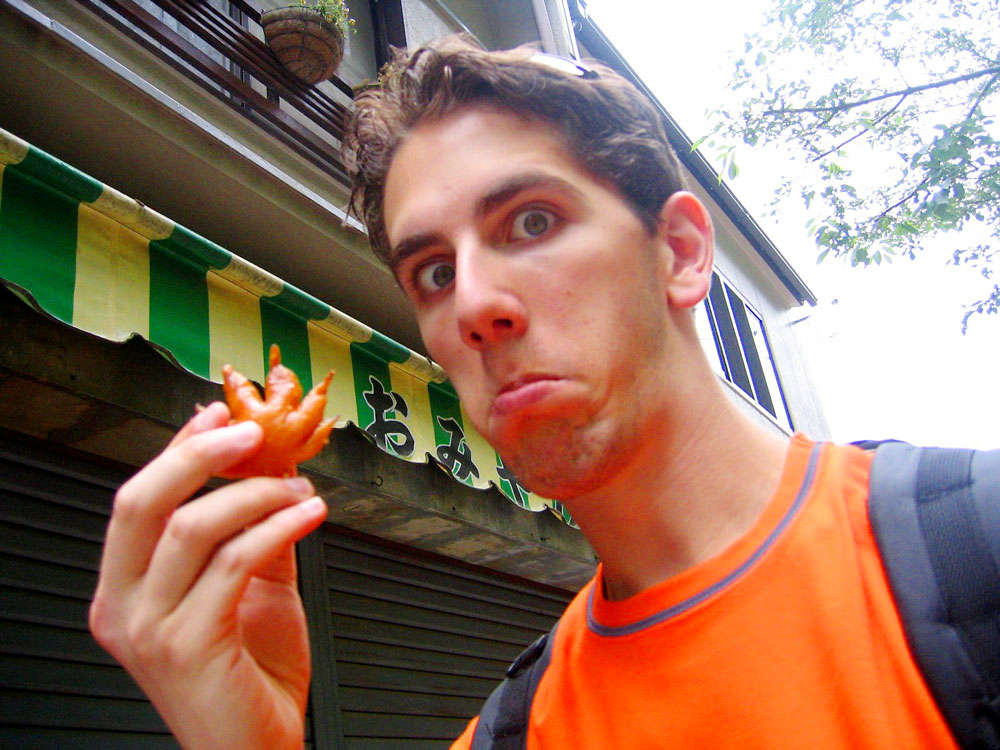 What were you doing for work in Japan?

Peppy Kids Club was the only company that allowed me to teach on a working holiday visa. They turned out to be fantastic. I taught at four different schools, and it was an after-school classroom entirely in English, so I didn't have to do any translation. Going in to assess what the kids had learned from the Japanese native teacher was such a blessing.

The curriculum was broken down by day of the year and grade level, so kids could transfer to another school and not miss a beat. It was such a smart structure and it wasn't constricting. Japanese culture just seems to foster efficiency. The trains are the same way - you have one departing every minute on the minute, and if you miss a train, it's because you're late. That reliability is really ingrained in everything and Peppy Kids was another example of that.

I was a fan of Ninja Turtles when I was a kid, which is not really Japanese culture, but that was my first introduction to anything related to Japan. I started doing karate when I was a teenager. Then 'The Last Samurai' came out, and I watched anime like Dragon Ball as well. I hadn't really travelled much outside of Canada, and I chose Japan because it was the (country) that I had the most interest in. I didn't speak the language at all, so I thought, "That sounds like a fun challenge!"

Did you end up learning any Japanese before you left for Japan?

I got the job with Peppy and learned my first word of Japanese on the flight over. There was a kid sitting next to me and I pulled out my phrasebook and said a word. He just looked at me and shook his head and said it correctly. That's what I did on my flight - I practised my phrases!

What words and phrases did you learn while you were in Japan?

Some of the phrases that I retained from my time there came from students. I would ask the Japanese teacher what it meant because they kept repeating it. I would draw something on the board and they would say, 'ningen unko' (human poop). It was like, "I didn't draw that!" The other one I heard regularly was 'hanakuso' (snot). Some of those phrases stuck with me because of how I learned them!

How was life in Japan different to life in Canada?

We had to teach about cultural differences, and I had a photo of the pool in my backyard when I was growing up. Not just wealthy people, but a lot of people have pools here. I don't know why it didn't occur to me that it's not common outside of Western countries to have enough space for a pool.

Also, the fact that Halloween wasn't a thing there. I dressed up as Spiderman in my classroom for the entire month of October and greeted the parents that way. A couple of the kids were startled, and a couple started crying. But most of them thought it was great, and the parents wanted photos. It was a good way to start the class! It was strange to be wearing the suit under my clothes on the train. You could see it sticking out of the neck, and some people noticed!

Other differences were things that were so smart. For example, having a sink on the back of the toilet and using the water twice. One thing that I missed was having a full-sized oven. We also didn't have a Christmas tree, so we ended up making one out of cardboard tubing and green paper wrapping that you can buy at the (100 yen) store. Also, something different to Canada is the humidity. We got a lot of mould in the apartment that was really hard to get rid of. That's something you don't have to deal with here.

What kind of things did you do while you were in Japan?

We went to baseball games. One thing that stood out was the celebrations. People all started pulling out balloons before the 7th inning, and they definitely realised that we didn't know what was going on, so they started giving us balloons. They were like, "Wait!" Then they all started singing this song. They were waving them, then they let go. I was thinking, "Who has to clean this up?" It was a really cool spectacle. And they did it all again in the 9th inning! 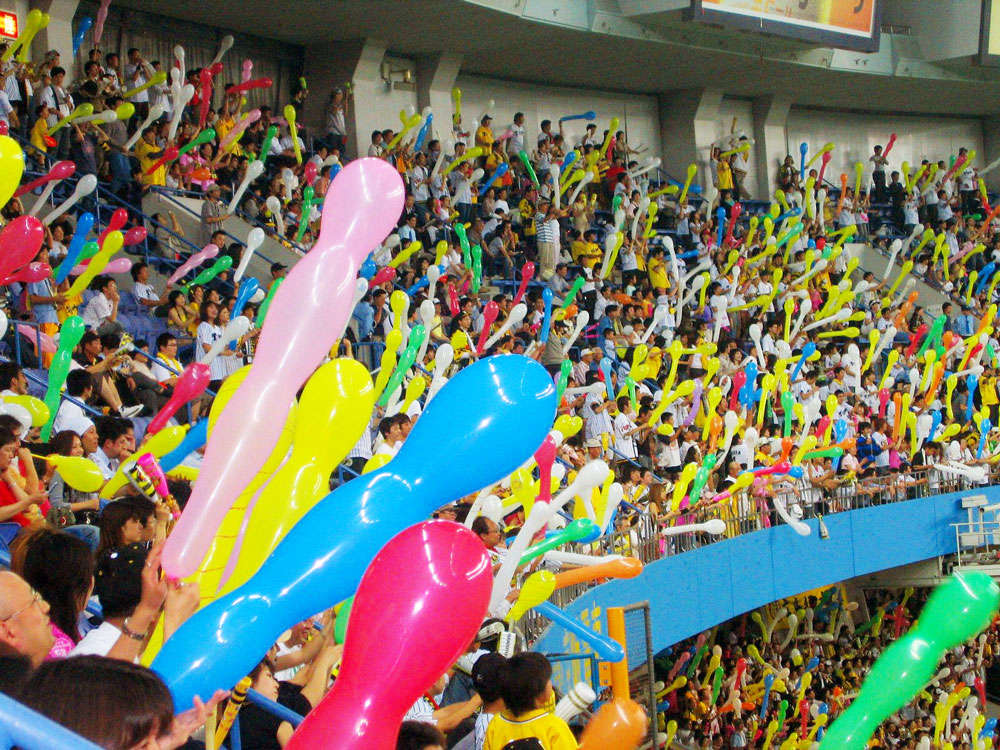 We did a tea ceremony as well. Having done karate for two years where we would sit 'seiza', our legs folded under us, for so long in the dojo, I thought this was not going to be an issue for me. After half an hour we finished, and I went to stand up. I fell over! These elderly ladies leading the tea ceremony all laughed at me. I had no circulation in my feet at all. They all stood up no problem! 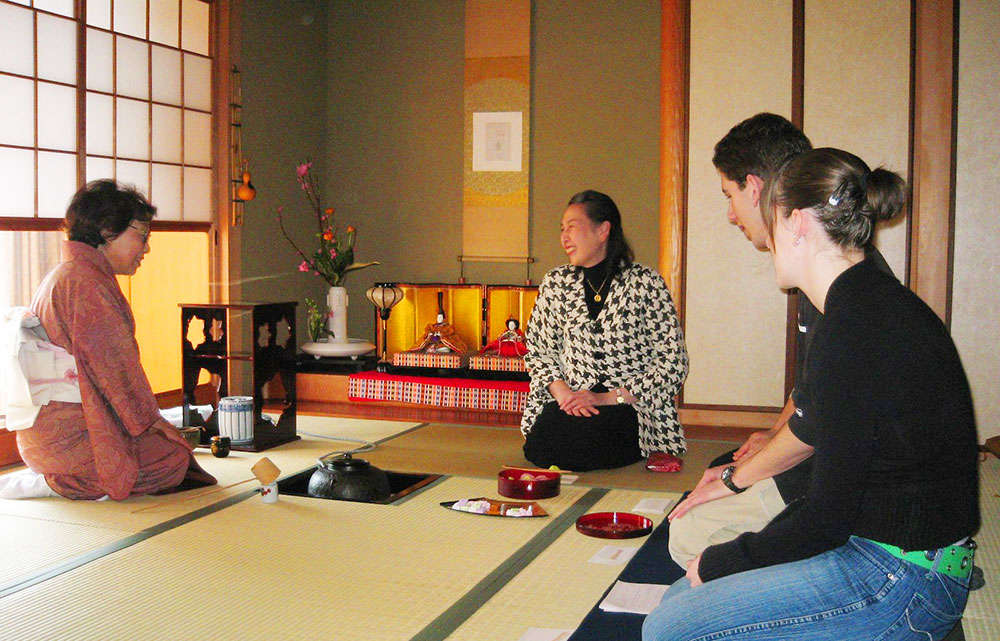 Is there anything that particularly impressed you about Japan?

MOS Burger and melon soda! Traditional Japanese cuisine! (laughs) One of the best places that I remember going to was this restaurant in Osaka. You sit and eat in jail cells, and at random times throughout your dinner, thunder and lightning start going off, and these people in costumes come out, grab you and put you in handcuffs! I just love the eccentricities of the culture.

They have really done well with maintaining historical elements and blending them with something wacky. We went to Kyoto and saw the golden temple (Kinkakuji) and in the same district, there was Nintendo headquarters. There is a temple in Osaka that looks really Japanese and ancient on the outside, and inside there is a glass elevator. I love the small differences, the way everyone greets you, how they cover their mouths when talking on their cell phone in public so as not to bother everyone around them, or how people stand to the side when the train doors open to let people off before they board. I know that it's ridiculously jam-packed in there, but they've made the process work fairly well. Those efficiencies and eccentricities are the biggest things that I remember and miss. 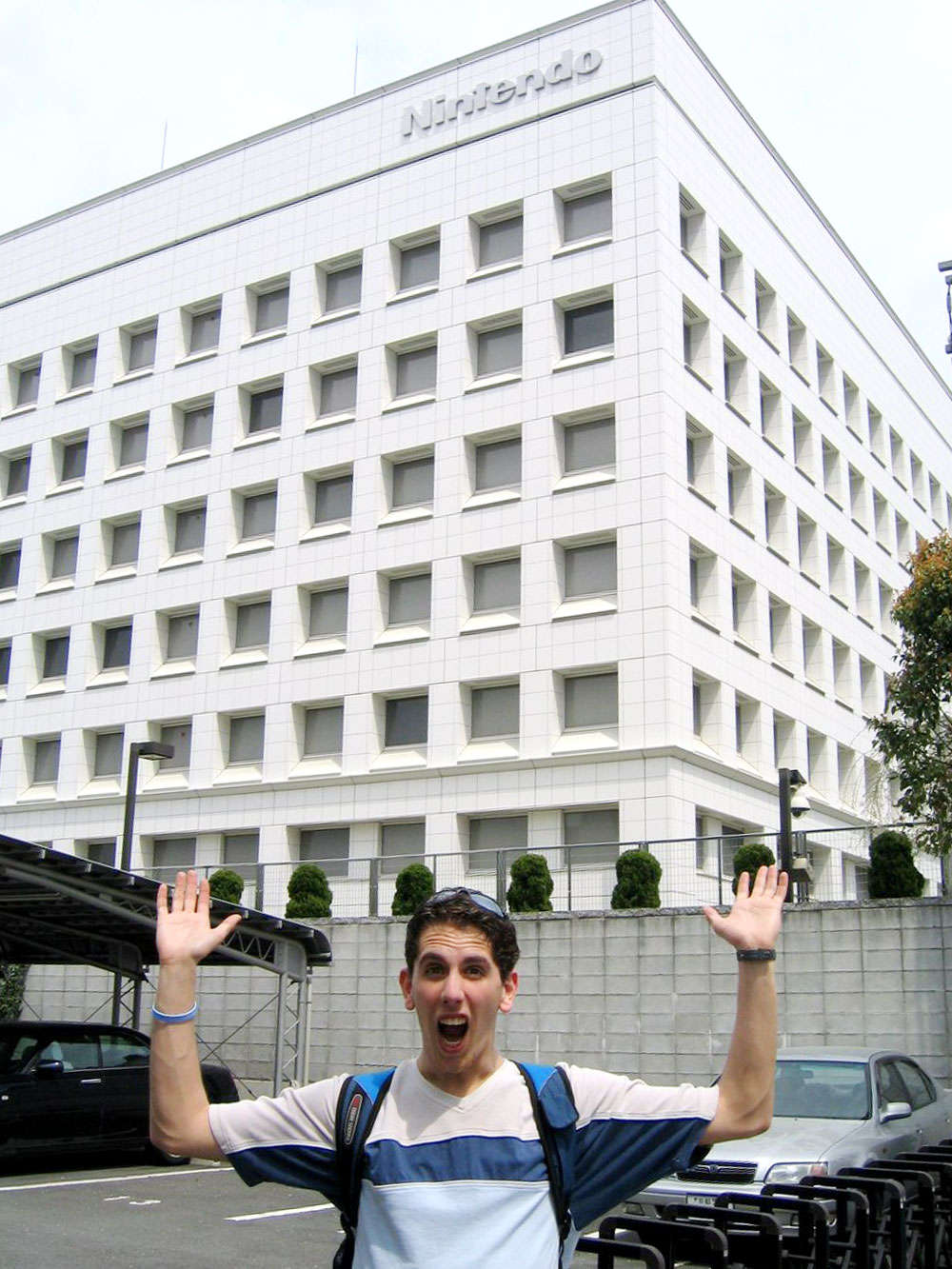 I think this year or next could be the year I go back to Japan, and the primary driver of that is Nintendo World in Universal Studios. They have a Mario Kart roller coaster and you wear AR glasses and throw shells at people. It looks really cool, I think that's a good reason to go back.

Ryan is a teacher, a founding member of the virtual reality arcade 'Ctrl V', and inventor of 'Invisivision', an interactive hands-free eyewear technology for cinema. Ryan has earned the online moniker of "The Real Tony Stark" for his real-life renditions of Iron Man electronics. He also instigated a short live-action fan film project entitled, 'Legend of Zelda - Secret of the Ruins'. You can follow Ryan's activities on his YouTube channel.