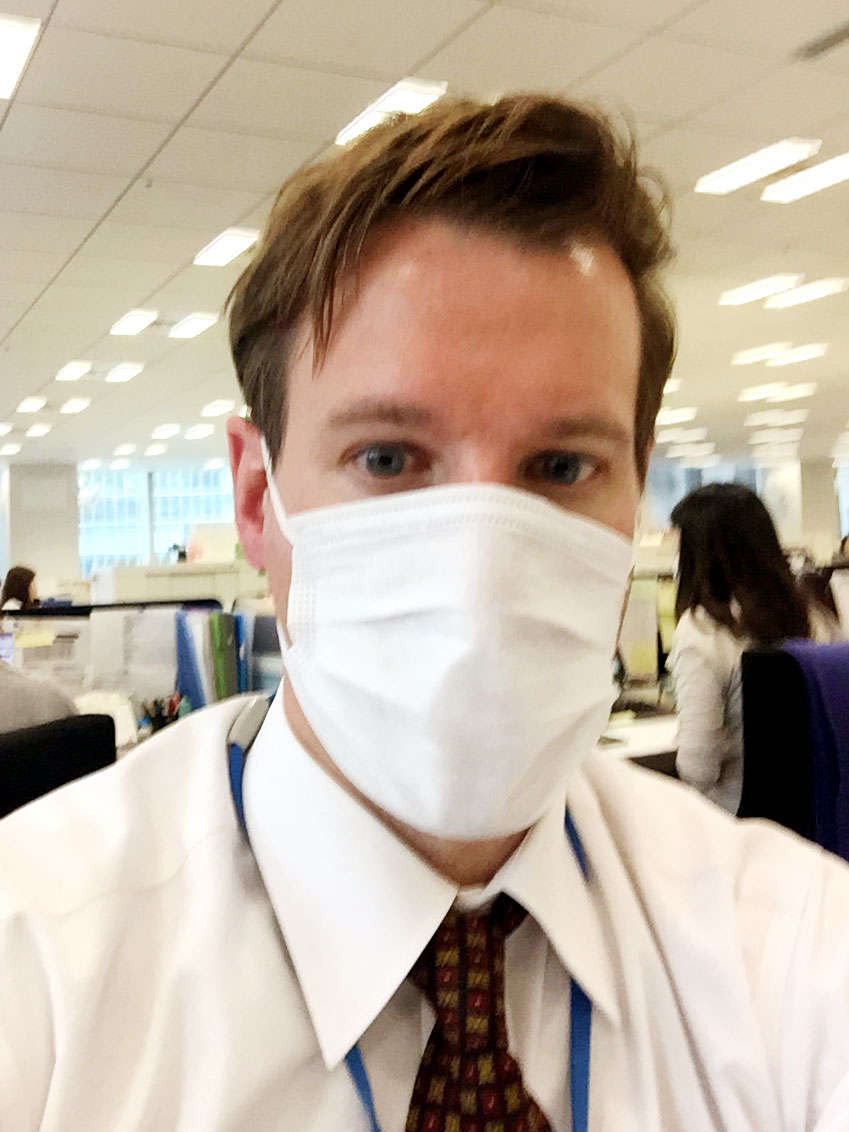 What did you do when you were in Japan?

I was a lifetime employee ('seishain') four times, which is ironic! I was a product manager or project manager in Tokyo or Kanagawa in Japanese manufacturing companies from 2008 to 2017. They were very traditional companies with almost no foreign employees, so my experience in Japan was a nine-year period where I struggled to fit into an all Japanese traditional office environment. As the only foreigner with only intermediate-level Japanese, it was a fish out of water situation.

What was the starting point for that? 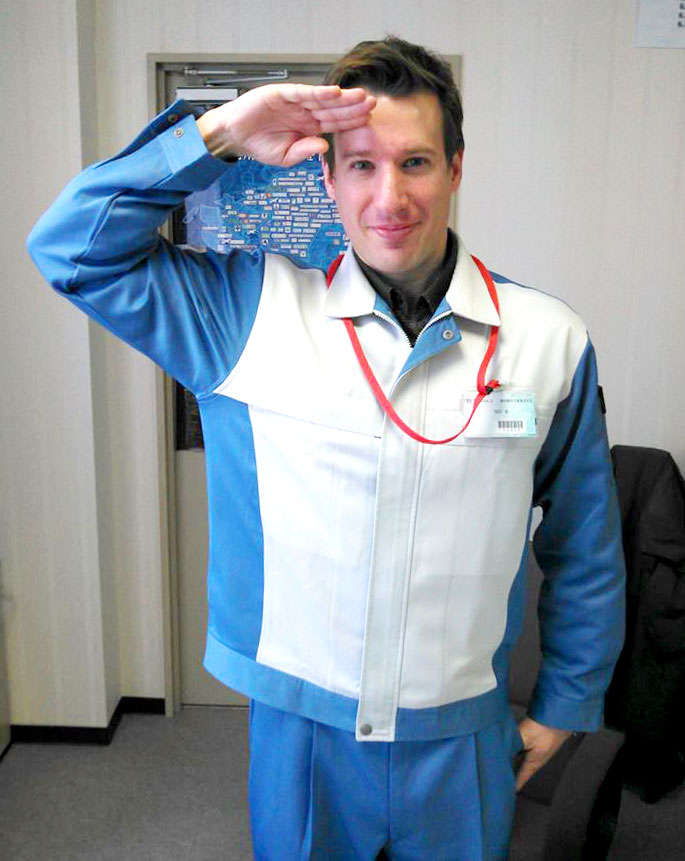 A recruiter in Tokyo that I knew well let me know about a job opportunity at a little company called NTT. I flew over and interviewed, and it took five or six months, which is all depicted in the first chapter of my book. Long story short, I found myself going from a startup company in Los Angeles to one of Japan's biggest, most conservative conglomerates, and that was the start of the culture shock.

I was always looking for the next company to see if I could make it work, but I was just never able to bridge the cultural gap or the language gap. I made lots of friends. They were very kind and accepting and interested in learning about me. I would go with them to San Jose or California to visit American customers on trips all the time, giving them advice on how to approach meetings and advising them on English. You end up being the in-between man, or the buffer! I didn't really sign up to be an interpreter, but that was what I did.

I eventually ended up at Amazon Japan, and that was a better fit in the end. On the whole, I think everyone was wonderful, really nice and professional, but the people at Amazon were closer to my educational and professional background in terms of management and work style, and I found it very easy to fit in. When the Japanese employees there heard about the traditional companies I worked for, they were like, "How in the world did you work there?!" It was a strange journey that I took.

Can you tell me about a place you like in Japan? 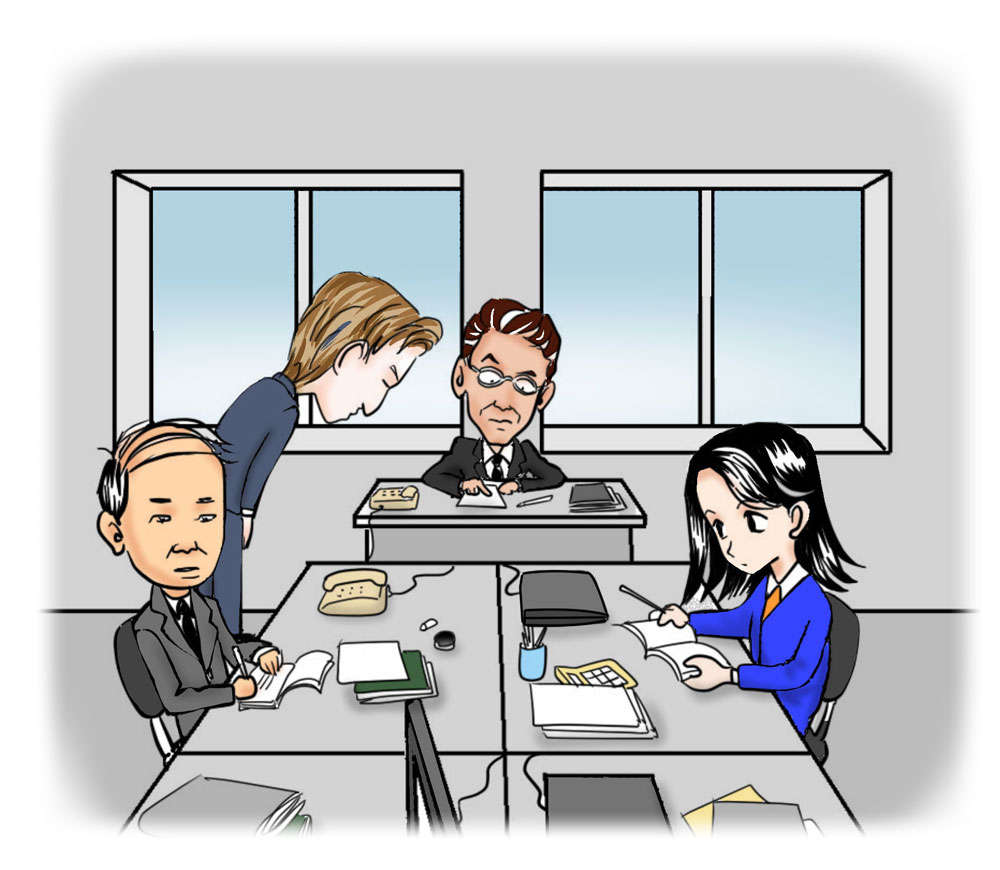 On a personal level, I would say the favourite place I've visited was probably Nagano because I was able to stay in the mountainside home of some friends, feel a different pace of life and see what it's like to live there. Some people fall into the trap of thinking that Tokyo equals Japan. Once you get outside of Tokyo, you realise that's not it at all. There's a beauty, a pace and value of life. I don't ski anymore because I have a bad knee (in my book there's a chapter called 'Samurai Orthopedic Surgeon' that talks about my knee surgery experience), but I love the hot springs, the snow, the mountainous nature, the fruit and the people - all the other benefits that you can get without skiing! I can appreciate Nagano for all those reasons.

Did you meet any interesting people in Nagano?

We stayed at the home of my fiance's friend's husband. It was almost like this Norman Rockwell style, American ideal image of a mountain lodge. I admired his dedication to family, his focus on his craft as an apple harvester and his kindness. I was struck by the simplicity of his life and values. It was an altogether different experience from the fast-paced Tokyo salaryman life. I think the rural craftsman is a very underreported part of Japan, and I really admire that dedication to a single craft, the quality and the lack of ego that goes with it. I'm very nostalgic about that.

My original impressions of Japan or positivity towards it had nothing to do with manga, anime, ikebana, temples or anything like that. I had friends who were Japanese exchange students, just very normal guys who were fun, gregarious, taught me a lot and generously invited me into their culture. That's what led me to Japan.

How about now that you've lived in Japan?

I've had a bit of a reverse culture shock coming back to the US. I miss a lot of what I had while living there, there's definitely a void and I haven't quite figured out how to fill it. I think you lose that international curiosity element of your life. I wrote a book, and I'm still writing a manga about my experiences.

What is your main reason for writing the book and manga?

I like telling stories and comedy. My aim is to make people laugh and learn a little bit, but it's not like I'm criticising Japan or the US. It's very down the middle. I want to make the manga into the next Dilbert or The Office, so that's what drives me, it's nothing to do with promoting Japan. It's a very human place and I just want to bring out the realities of it. I think I've got enough stories about those nine years to last a lifetime.

How is life in Japan different to life in your home country?

I have a higher standard of cleanliness now. I'm still not using a dishwasher, I hand wash everything! Part of it is being more eco-minded, or maybe I just don't want to waste electricity. I'm almost monastic in my reluctance to waste resources, which is a good thing, but it's a shock to feel it in my own country. I gave my parents ponzu sauce one time, and I made it very clear - "This is a dipping sauce for meat!" Within two days they were dousing it all over their rice, pouring it over everything and going through a bottle every week. You can imagine my horror! So I'm dealing with this feeling of being somewhere in between. Also, I cannot find decently priced shochu. That's a real problem in the US.

Being back in the US is making me question where my best fit is, and I think every foreigner goes through this kind of trial. Some go back to Japan, and some end up sticking it out and making a life in their home country again. So I'm still in that undecided phase regarding where my journey is going to lead. I hope that I can continue to write the manga, which has everything to do with Japan, and I have some broader books in mind that are not specifically about Japan. I hope I have the freedom to go back to Japan a lot in the future, and I hope to have enough subscribers to my website who are interested in reading a manga about Japanese office life.

Can you tell us one memorable thing about your time in Japan? 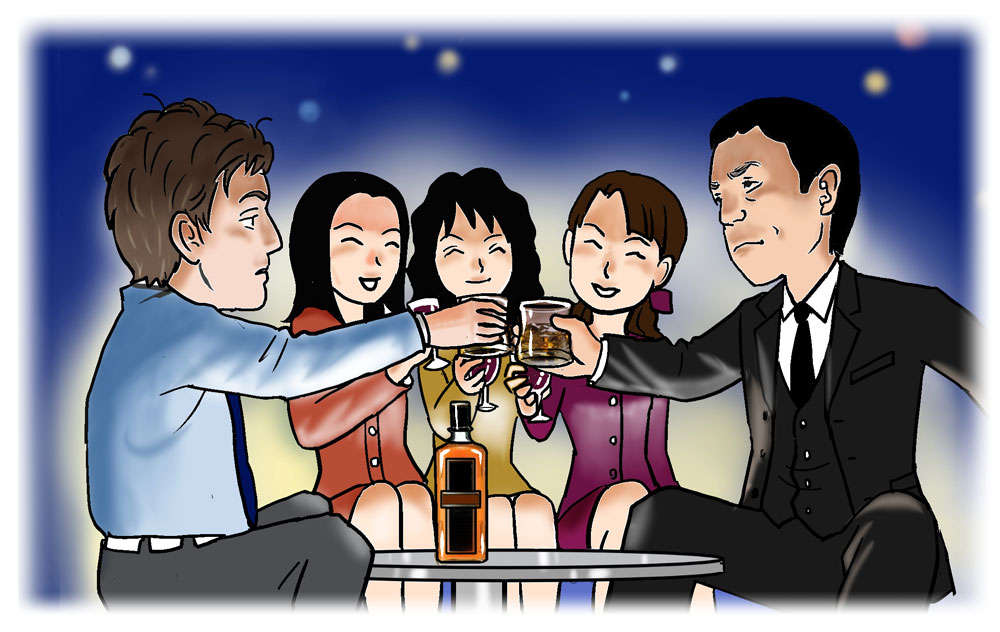 The most ironic friendship I ever had was with this guy in his late sixties who was a contract employee for our company. His nickname was 'The Carnivore' because he was from a completely different era when the salaryman was king. He just loved smoking, drinking and working 'till 11. Somehow he became my mentor and de facto boss. We'd go to India for software development, Taiwan for hardware, even back to Chicago. We even played golf with my dad! It was like this whirlwind.

There was frustration because I knew these projects he had me on were pointless, but they were his pet projects. He was so interesting and charming, and at the same time, he would completely lose his temper at me for little things like sticking my hands in my pockets while I talked to customers. He had these standards that I couldn't quite get my head around. 'Does he want me to be more Japanese or American?' I couldn't figure it out. That is the microcosm of my Japan experience, but the fun thing about working in Japan is finding those relationships. These are the great stories you'll remember for the rest of your life. 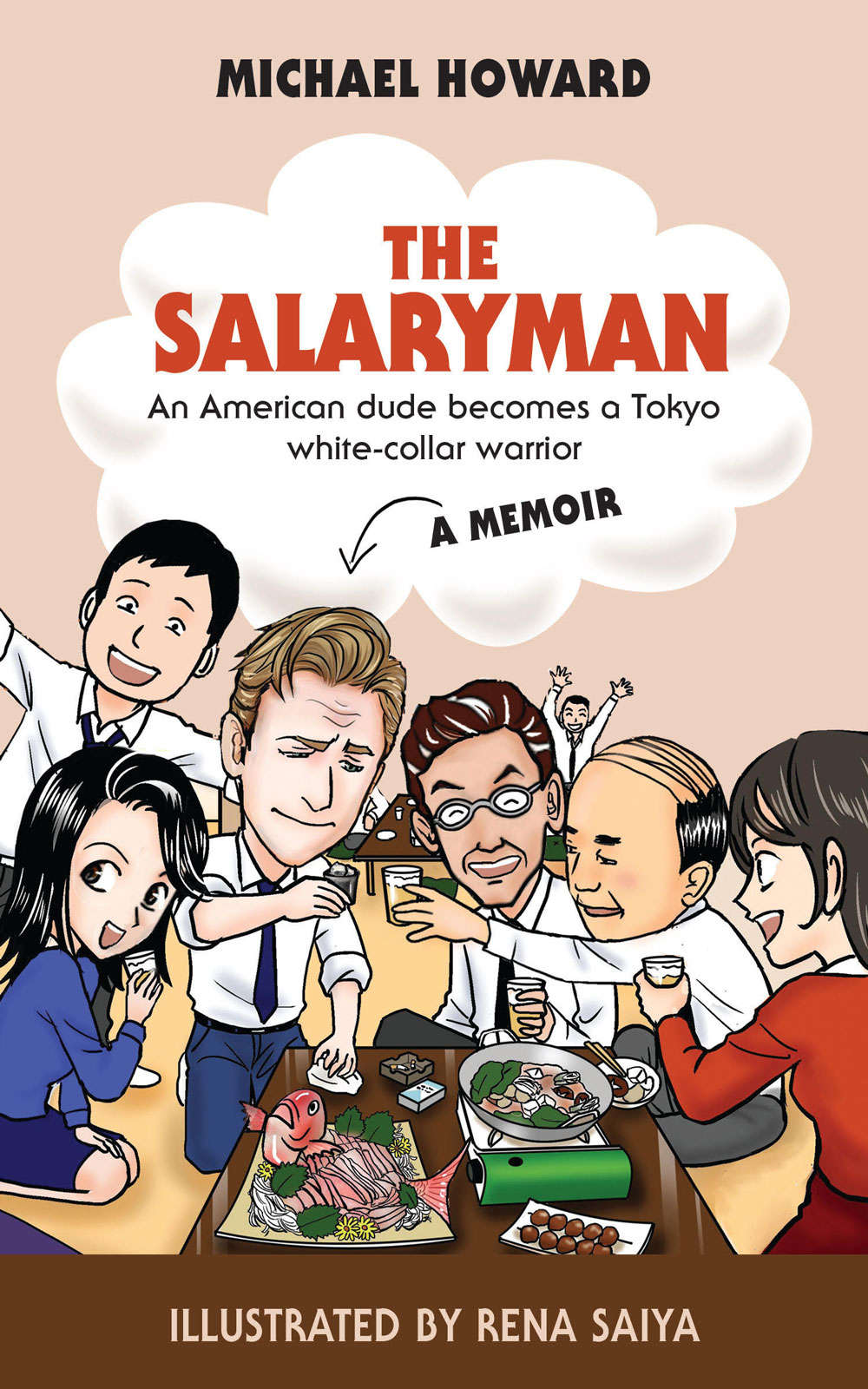 Michael Howard is from Chicago and was a journalist-turned-businessman in Los Angeles before he joined the Tokyo salaryman brotherhood in 2008. He lived in Tokyo from 2008 to 2020 and now works as a product manager at an American technology company in Chicago. 'The Salaryman', published in July 2019 and hailed by The Japan Times as "thoroughly entertaining", was his first book.